Age
A federal court in Indiana has held that harassment on the basis of age is unlawful under the Age Discrimination in Employment Act (ADEA).

Disability
This same federal court in Indiana held that harassment on the basis of disability was prohibited under the Americans with Disabilities Act (ADA). In a different case, a court in Florida held that “fat jokes” directed at an obese employee violated the ADA, as well. A New Jersey court has found that a person could bring a claim for disability harassment based upon two remarks made about his diabetic condition.

Status as a Veteran
A court has held that a federal law prohibits “veteran status harassment.” The court adopted an analysis similar to that used under Title VII of the Civil Rights Act of 1964 in finding that comments such as “psycho” and “baby killer,” when directed toward a veteran, could constitute harassment.

Note: A number of states have specific statutes that prohibit harassment or discrimination against individuals based on their veteran status or their membership in the Armed Forces or National Guard.

Sexual Orientation and Marital Status
Courts in particular jurisdictions have found that harassment on the basis of sexual orientation or marital status, as prohibited in state or local statutes or codes, is illegal.

Political Beliefs
The Code for the City of Seattle, Washington prohibits discrimination on the basis of “political ideology.”

Criminal History
A handful of jurisdictions, such as Wisconsin and New York, and some private employers and institutions, have laws or policies that prohibit discrimination, including in some cases protection against harassment, on the bases of arrest records or conviction records.

Occupation or Sources of Income

Citizenship Status
Both New York and Illinois have state statutes that prohibit discrimination and harassing speech that is based upon “citizenship status” and, in the case of New York, “alienage” as well.

Heritage
The City of Cincinnati, Ohio, prohibits discrimination with respect to terms or conditions of employment based on “Appalachian regional origin.”

Smokers and Nonsmokers
A number of states have statutes that prohibit discrimination and/or harassment on the basis of a person’s status as a smoker, or as a nonsmoker in some states.

Comprehensive Protections
Many states and local governments have statutes or codes that protect against a slew of different forms of discriminatory, and therefore harassing, behaviors. 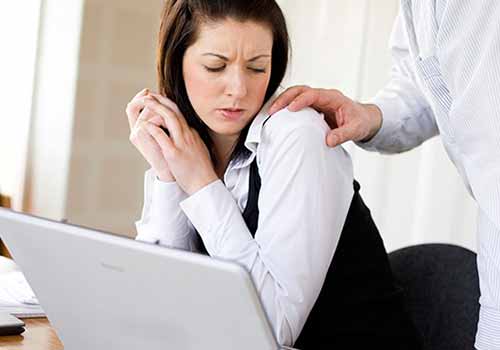